Much has been said recently about the “dumbing down” of the SAT, which presumably was done in part to attempt to close the ever persistent racial gap between the low end (blacks & mestizos) and the high end (whites and North Asians).

The Cathedral asserts that all racial differences in such tests are a result of economics or culture, but this explanation seems very unlikely.  As recently noted by Steve Sailer, on the 2008 SAT poor whites outperformed rich blacks.  More specifically, whites from family incomes of $20 – $40K outperformed blacks from family incomes of more than $200K.   Why are such privileged blacks scoring so low on the SAT?  The obvious answer, noted by many others, is genetics and the fact that these affluent blacks probably have their incomes as a result of affirmative action.

And speaking of affirmative action, it might very well be that the poor whites outperforming rich blacks on the SAT are the most discriminated against group in college admissions.  As discovered by Thomas Espenshade and Alexandria Radford in their landmark study:

But don’t expect the Cathedral to speak up for these poor, non-diversity-enhancement whites anytime soon.

“The native stock of the West is clearly suffering from a mental sickness caused by too much outbreeding.” ~ Heartiste

I suppose that different conclusions can be drawn from the amazing work that HBD Chick has done on the Hajnal Line and outbreeding of Northwest Europeans, but I tend to agree with the sentiment of Heartiste above.  While outbreeding (i.e. outbreeding among co-ethnics but only distantly related ones) might have created certain advantages in smaller, homogenous countries (such as increased trust and individualism), in modern multiracial states it’s an Achilles’ heel, perhaps the Achilles’ heel for Westerners / whites, which in recent years has resulted in pathological altruism and ethnomasochism.  I mean, you actually have many SWPLs and white fundamentalist Christians now opting to adopt low-IQ black babies in lieu of passing on their own DNA. At some point, outbreeding becomes maladaptive. 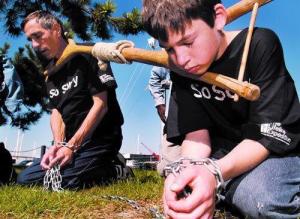 A recent study in the Proceedings of the National Academy of Sciences notes:

Elephants are able to differentiate between ethnicities and genders, and can tell an adult from a child – all from the sound of a human voice.

…Elephants can reliably discriminate between two different ethnic groups that differ in the level of threat they represent, significantly increasing their probability of defensive bunching and investigative smelling following playbacks of Maasai voices. Moreover, these responses were specific to the sex and age of Maasai presented, with the voices of Maasai women and boys, subcategories that would generally pose little threat, significantly less likely to produce these behavioral responses.

Can other animals? I have often wondered whether dogs can differentiate between human races.  I have anecdotal evidence for such a claim, but before I give it let me say I often find anecdotal evidence about dogs to be lacking, sometimes even comical (such as people who want to claim that pit bulls are not more genetically violent than other breeds because they know someone with a gentle pit bull).  That said, every dog I’ve owned (often living in larger multiracial cities) seems to distinguish between races, that is they seemed to be friendly around white people and more wary of blacks.  Of course, many things could be going on here.  Blacks (and mestizos to a lesser extent) seem to be more wary of dogs and certainly won’t dote on them as whites do, and dogs could pick up on these cues.  Or it could be something else.

In the past couple days, “medievalist” Karl Steel and some of his friends, such as Jeffrey Jerome Cohen (and other Cathedral mouthpieces), have been “attacking” HBD and the Dark Enlightenment on Twitter, including a blog post.  N.B. by “attacking” I don’t really mean attempting to discredit but pointing and sputtering.  And I put “medievalist” in quotes because unlike traditional medievalists who had deep philological understandings of classical and medieval languages (such as Latin, Old High German, Old Norse, Anglo-Saxon, etc.) this group is representative of a new trend, “scholars” short on traditional philological skills but long on the latest pomod theories, which  results in applying the latest lit-crit “theory” to an English translation of a text.  Yes, Idiocracy, has consumed literary studies.  Oh yea, many of them also seem to detest logic and reason (ruses of the white man).

Anyway, browsing through some of their writings, you find the latest fashionable nonsense, like Jeffrey Cohen’s “On the nonexistence of race,” which is all quite comical.  It’s trendy these days to claim that race was “invented” in the Enlightenment, although Sarich & Miele easily refuted this claim in the “Ancient Concept of Race“.  These Dorothys can keep their eyes closed and continue to click their heels saying “race doesn’t exist,” but it simply won’t change reality.  In fact, modern science is showing that no only does race exist but genetic racial divisions are much deeper than previously imagined (see here).  Regardless, although these “medievalists” claim race doesn’t exist, I saw one person (now I’ve lost the source) speaking of miscegenation among the Medieval British.

Regarding the last point, “miscegenation among the Medieval British,” these people apparently are ignorant of Bryan Sykes landmark genetics study Blood of the Isles, where Sykes shows how remarkably ethnically homogenous the British Isles are at the genetic level.  Steve Sailer writes:

From his database, Sykes concludes that the majority of the genes of the peoples of the British Isles are descended from the oldest of the modern inhabitants: Mesolithic hunter-gatherers, who began arriving 10,000 years ago from Continental Europe after the end of the last Ice Age, as soon as the islands became habitable again.

Regarding the Irish, see the “Ignatiev Fallacy“.

Clearly these ethnic groups are more closely related to each other than to non-Europeans.

And let’s forget that concepts like “blue blood” (stressing white, fair skin) were very popular in Medieval Europe, as a way to separate fair-skinned upper-class Europeans from the swarthier Moors.

And let’s not leave out eugenics (which the Ashkenazis have been practicing for the past 1,000 years) in Medieval Europe.  Eugenics, first popularized by Plato and Aristotle, was alive in Medieval Europe with concepts such as “blue blood” or gentillesse (refinement and courtesy resulting from good breeding).  Gregory Clark has demonstrated that the children of the upper-classes among Medieval English had a 2:1 survival rate over the poor and that there was much downward mobility, which resulted in the downward drift of genes from the upper-classes to the lower classes, resulting in a general increase in IQ and decrease in violence.

Still, don’t let any of these inconvenient facts get in the way of our current “medievalists” where the Medieval World for them is but a blank canvass on which they can paint the most fashionable and latest lit-crit theory.

Although I may seem a little hard on Karl Steel above, I will say this:  From what I’ve seen, Karl Steel seems more intelligent and perhaps one day able to think “outside the Cathedral box” than the ever hysterical Jeffrey Jerome Cohen.

When listening to some of the rhetoric coming out of CPAC this year (see twitter feeds of VDare and Richard Spencer for highlights), I can’t help but wonder whether many Republicans are simple.  I mean, do Republicans *really* want to invest money in trying to win Detroit?   Did a Republican speaker actually say that immigration restriction is bad because it raises wages?  These people should be forced to live in Haiti for a year.

This much I know.  When it comes to the policies governing big, multiracial cities, the policies of the Democrats, as flawed as they may be, are generally better than the proposals put forward by Republicans.

For instance, in the big multiracial cities I’ve lived (all run by Democrat machines), Democrat leaders typically ward off all the blacks and mestizos into subsidized projects, give them some free handouts to calm them, and try their best to get them into family planning.   Democrat machines also oppose school vouchers / school choice, which keeps all the blacks and mestizos in the public schools.

Let’s all pray for the destruction of the Republican Party.

American diplomat and scholar George Kennan has long been a hero to those holding to the view of “political realism” in foreign policy, i.e. a county should only protect what’s in its vital interest and not get caught in the trappings of ideological battles.  This view is nearly opposite the dominant paradigm of today: neoconservatism / neoliberalism, which sees no problem spending American resources to spread democracy or “human rights”.  In recent years, those unhappy with neoconservatism / neoliberalism have turned to George Kennan’s writings.  For instance, Kennan’s ideas figured prominently in the creation of the American Conservative magazine.  Expect all this to end.

With the recent publication of Kennan’s diaries, we have discovered that Kennan was a race realist, supported eugenics, opposed multiculturalism, thought mestizo immigration bad for America, thought the end of Apartheid in South Africa would lead to white genocide, et al.  In short, Kennan was a Cassandra of sorts.  The Cathedral is not happy.  In fact, while Cathedral mouthpieces have already condemned Kennan in recent days, it will probably only be a matter of days before Cathedral Lite mouthpieces (such as the American Conservative) who previously supported Kennan now publish pieces condemning him. “Racist eugenicist!,” it’ll read.

As the America media hysterically go on about human rights and democracy in the Ukraine, it appears the country is already being divvied up by Jewish oligarchs. Wonder what Kennan would think? 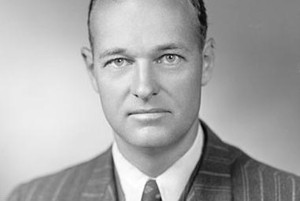 Galliawatch links to a couple of interesting videos featuring Jean-Michel di Falco, Bishop of the diocese of Gap & d’Embrun in Provence.

The videos are in French, but tiberge kindly provides an English translation.

Bishop di Falco describes himself as a fourth generation immigrant from Italy to France, and still remembers being called a “spaghetti.” (I guess that’s his claim to Holy Victimhood.)

Oh, and it seems he also got called a “toad” at some point or other.

Anyway, he simply loves Muslim immigrants and is deeply disturbed by the fact that others don’t: “the rejection of the Other, when he is different or comes from a foreign land, worries us. Often fear or violence are the consequences. Some even feel they are no longer welcome…”

“…Criticism from people who do not share our faith is understandable. But when it comes from Christians, those who read the Bible, sometimes even clergy, then I am surprised. It would be betraying Christ not to proclaim over and over again today his message of love for all, without discrimination of any sort.”

There are ordained Bishops of the Holy Roman Catholic & Apostolic Church, today, who believe that the message of Jesus of Nazareth was “love for all, without discrimination of any sort” – and who are “surprised” to learn that “those who read the Bible” might think otherwise.

I mean, whoah. What can one say?

Everyone should check out Karl Boetel & John Fuerst‘s new essay “The Nature of Race“.  Great work!

Also, Jared Taylor has up a review of Nicholas Wade’s new book, A Troublesome Inheritance: Genes, Race, and Human History (which we previously discussed here).