In our previous discussion of Hispanics and crime, “Hispanics, Mestizos and Crime,” a commenter offers the following racial caste hierarchy of Latin America (from highest to lowest):

“Pigmentocracy: Racial Hierarchies in the Caribbean and Latin America“

The federal government is getting serious about pushing racial and ethnic diversity into America’s neighborhoods–and is using big data and big money to achieve its aims.

A new interactive database will help regulators, local housing officials and individuals take action on a newly proposed regulation that would require agencies to “affirmatively further” the inclusion of minority residents in white neighborhoods.

Housing and Urban Development Secretary Shaun Donovan announced the database and regulation at last week’s NAACP convention, saying the Obama administration was battling “a quieter form of discrimination” that was “just as harmful” as long-outlawed segregationist practices, like racially restrictive property covenants.

And so the progressive narrative has come to its logical end.  Deep in their hearts, even progressives know that blacks and mestizos will never be high achievers, so, instead of the quaint old narrative of lifting up the disenfranchised, the final narrative is to turn white enclaves of success into ghettos.  We’re now witnessing the terminal stage of the dispossession of European-descended peoples.

Chateau Heartiste on Twitter pointed out the fact that most of Texas’ most wanted criminals are Hispanic (actually, mestizo), although they’re listed as white, in reference to Ron Unz’s recent piece on race and crime.  The US Gov. listing Hispanics as white creates all kinds of problems for those analyzing data (so it’s not surprising that people, like Unz, have miscalculated data on Hispanics and crime).

Here’s an idea.  If the USA wants to be the hip multiracial empire it pretends to be, it really needs to learn to start using the M-word (mestizo).  It’s not derogatory, it’s already used by governments and demographers throughout Latin America, and it provides a more accurate breakdown than  the nebulous category of “Hispanics”.  In theory, leftists should like it.  Do they want their affirmative action set-asides going to successful white Argentinians or oppressed (non-white) Mexican mestizos?  Of course, to use such a category will break up the coveted “Hispanic” grouping that many on the left are now trying to foster. Those on the right, however, have no excuse and should see the obvious value of breaking up the “Hispanic” category, but there’s a reason why Republicans are called the “Stupid Party”. 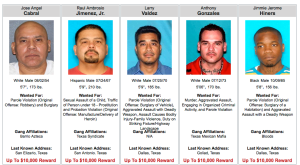 “Pigmentocracy: Racial Hierarchies in the Caribbean and Latin America”