For those in the know about human biodiversity, it comes as no surprise that multi-racial states lead to societal decay.  As Robert Putnam has demonstrated, the more racially diverse a neighborhood or organization is, the lower the social trust.  (For a more expanded reading list on this theme, see here.)

Add blacks into the equation (who have low average IQs and low impulse control), the situation becomes even worse.  Blacks have been told their entire lives that all their failures are due to some mysterious white magic called white racism, so now they angrily attribute all their failings to this magic.  The #BlackLivesMatter (BLM) movement illustrates this truth.

People on Twitter have been taking screen shots of various BLM activists, which run the usual litany of anti-white hatred.  Here they are:

(The above tweet is allegedly from BLM organizer at Howard University) 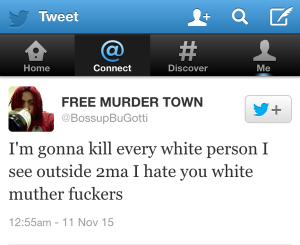 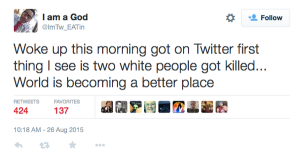 And it’s not just blacks in the USA. Here are some other Tweets.

Here’s one from a Hindu Indian woman in the UK: 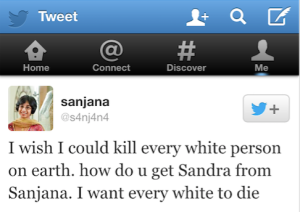 Here’s one from an Asian:

From an African in France:

From an Arab at Arizona State:

Here is a collage that someone on Twitter made from the above tweets: 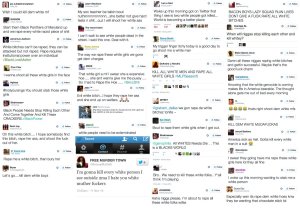